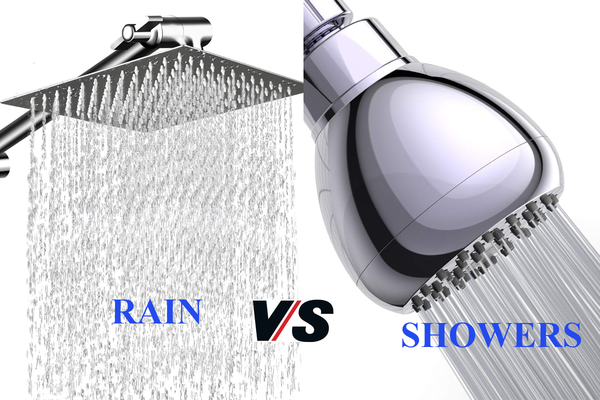 What Is The Difference Between Rain and Shower

In this post, you will know the difference between Shower vs Rain showerhead. You can easily get confused when you hear the weatherman talks about rain and showers.

You tend to wonder if there is a difference between them, especially when you have a lot of places to go to. Majorly, we tend to differentiate the two based on the clouds they fall from and the duration of manifestation.

Difference Between Rain And Shower 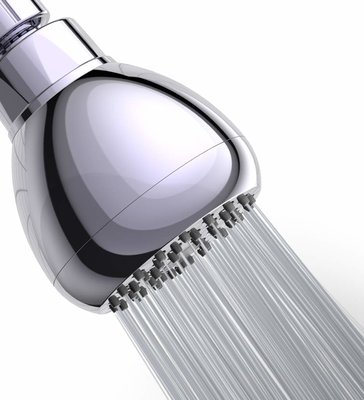 On the other hand, showers are produced by convective clouds called cumulus. Cumulus clouds that bear rain are usually taller than their wideness, with a feather-like appearance to their tops. Cumulonimbus is the largest cumulus clouds and can stretch up into the atmosphere to encompass ice instead of water droplets.

Cumulonimbus clouds are large when you observe them from the ground, and you can’t compare their body with that of the frontal cloud. Usually, they have a very large body but are narrower when compared with a frontal cloud. Hence, showers tend to be brief and sudden, in contrast to frontal rain that can last for days. 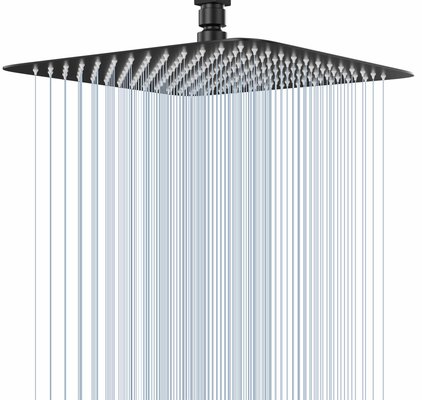 Rain is technically referred to as the precipitation falling from weather fronts. A front is an outer limit between two air bodies with differing properties. The frontal cloud has the capacity of stretching for a long mile and typically consists of different types of stratus clouds such as altostratus, stratus, and nimbostratus.

As a result of this, a frontal rain will spread to a number of areas, and that is why many areas will witness rainfall at almost the same time. It is not easy to avoid frontal rain due to the fact that it stretches along the whole length of the front. The front can last for a day or more leading to a weather condition that is unsettled.

Shower vs Rain: A Difference in Process of Formation

Another difference between showers and rain has to do with their formation process. It will interest you to note that the frontal cloud produces rain with the aid of mass ascent.

Mass ascent is a situation whereby a body of airlifts up another body. The lifted air body cools off and turns into water vapor which condenses to constitute clouds that bring about rain.

Showers’ precipitation is brought about by convection. A cumulus or cumulonimbus cloud starts out as a buoyant air rising into the atmosphere. When it reaches a melting point, it starts to produce showers in a down draught to suppress the updraught that led to the development of the cloud. That is why the lifespan of a cumulus cloud is usually limited.

What About Drizzle and Isolated Showers

There is a similarity between rain and drizzle but you will discover that the size of drizzle droplets is smaller, usually around 1 millimeter. Also, drizzle falls from stratus clouds, which is generally referred to as non-puffy clouds, and typically propelled by slow-moving vertical winds. 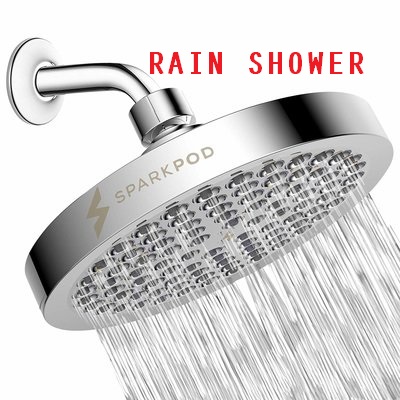 Rainfall comes with a lot of relief, especially after a long span of sunshine. It brings tranquility to the environment as well as those staying in it. While it may look odd to shower in the rain, many of us have that desire at the back of our mind. 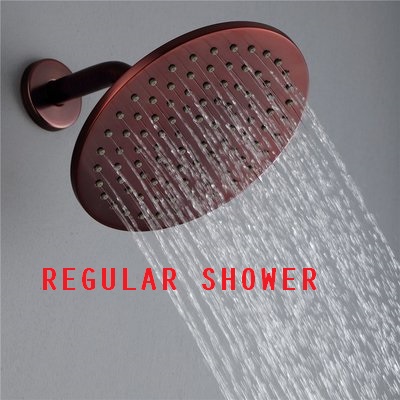 We cannot overemphasize the relaxing qualities of a rain shower head. You will like the feeling of water encircling you, falling on your head, and moving down your body. However, it is not as functional as the regular head, which comes with various settings for easy management.

You need to consider so many factors when the installation of a rain shower head is the subject of discussion. If you want to follow the traditional way of installing it in the ceiling, you will need enough piping framework to achieve this.

You may need to engage a professional for this, especially if you cannot handle the installation on your own. Many people consider the installation of a rain shower as an alternative shower unit when remodeling their bathrooms or reconstituting their shower areas.

Also, there are rain shower heads that you can install into the wall, which does not require a cumbersome installation process. You can consider these if you don’t want to remodel your bathroom and spend much on hiring a professional for installation.

Rain Showerheads come with relatively greater water pressure in contrast to traditional heads. The high pressure serves as a source of massage for your body, especially when you are using warm water. That way, you can relax perfectly as the water hits your body with full force.

Choosing the right shower head is not a piece of cake in today’s buzzing world. You need to carry out enough research so that you won’t get a product that will not meet your expectations. If you are the type that doesn’t like spending much time in the bathroom, a regular showerhead may be what you need. This is because a rain shower head releases water little by little so that you can relax better. Your relaxation experience will be elevated, and you will feel good thereafter.

You Can Choose Both Types of Shower Heads

A lot of people enjoy the flexibility of having the two types of showering units. At times, you may desire the quick run of the traditional showerhead, especially when you are rushing to work. If you want to get it right in terms of relaxed showering, particularly after work or with your partner, you can easily switch to the rain shower head. Who says rain cannot fall in your bathroom?